A common stressor that occurs among African American women in a workplace is microaggression.  Microaggression is defined as a subtle statement, action, or incident which discriminates and is prejudicial against a racial or ethnic minority and is often utilized to make people of color feel inferior. It is often overlooked or dismissed by White counterparts, because the aggression is not always obvious nor is it obvious how it causes the person who is being aggressed against feel. Here are some signs that you are experiencing microaggression on your job.

1) It doesn’t feel good going to work. Your body is typically going to alert you in several different ways when something or someone isn’t good to or for you mentally, spiritually, psychologically, or physically. The way in which this shows up with respect to microaggression is that you dread going to work, and the feeling intensifies over time. This may show up in ways which you dismiss or minimize initially. Some signs to look for are inability or reluctance to get out of bed, anxiety, depression, or feeling stressed or lack of motivation when thinking about your job, avoidance of certain people and situations. This is your body’s attempt to alert you that you don’t feel as though work is a safe space.

2) African American women are referred to as aggressive or hostile when expressing job concerns that goes against the toxic workplace mentality or management. African American women who advocate and express concerns are often referred to as aggressive or hostile – which is a condescending way to describe someone opinion that you may not agree with. It is also utilized as a control tactic to try and demonize someone with good intentions and has a desire to bring about positive change in the workplace. This tactic is utilized to make someone become more submissive by suggesting that they are a bad person or that they are difficult to be around. This also encourages triangulation, where more than 1 person is encouraged to align with non-Black counterparts against the woman of color. This tactic is an attempt to make a black woman feel inferior, that her opinion/voice doesn’t matter, disliked, or as though her job may be in jeopardy for expressing a valid or different opinion or concern.

3) White counterparts reword your ideas and opinions and are praised and given credit for originality. It can be a magical occurrence really – your idea or opinion that you expressed, which wasn’t well received by management or no one cared to acknowledge, is expressed by a White colleague who is treated as though their train of thought is new and genius. Absolutely nothing changed was changed from the idea that you came up with except for the race of the next person who re-stated it. When trying to reclaim credit for your idea, it falls on deaf ears. It can be an additional shock, when the person who restated your idea or point is actually aggressive, yet their aggressiveness is not addressed.

4) Feeling invisible. In the predominantly White workspace, it can seem as though you don’t even exist when you aren’t acknowledged. When an African American woman speaks to a White co-worker, and doesn’t get a response (e.g. saying good morning, and not receiving any acknowledgment back). What’s more, is the co-worker will speak to others in the room with no issue. n that occurs when you speaking to White counterparts where it seems as though you are non-existent.  Another example of African American women being ignored on the job, is when their emails and other communications are consistently ignored by management. 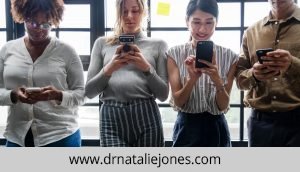 5) Guardedness or the perception that you are being scrutinized more. Often African American women feel the need to be guarded and hold their work to a higher standard. There is often the perception that your work is being scrutinized more or the threshold is lower for job termination. Some women feel that their work is also reviewed closer or more scrutinized than their counterparts. This perception comes from comments, warnings, emails, and documents advising that their work needs to be reviewed or modified in some way. Another form of microaggression, is when management may go to another non-Black and requests for them to give feedback about the African American woman’s work performance or behavior. This can also be viewed as triangulation. Because there is a concern about excessive scrutiny, African American women often overcompensate by doing extra work.

7) Inappropriate comments made about hair, attire, names, mannerisms African American women among colleagues. African American culture is one where in which the public is scrutinizing and tries to conform to White standards of culture. There are still students being expelled from schools for wearing their hair in locks, and there were also recent news reports of teachers cutting off a student’s braids. It is not uncommon for African American women’s hair, names, speech, and style of dress to be discussed in a condescending manner among work peers. Questions asked about their differences can also be shameful in nature. Examples of insensitive comments about African American women’s hair include: “is your real,” “can I touch your hair,” “how much does it cost to do your hair?”

8) Cultural differences are seldom addressed. There is education on cultural sensitivity of marginalized groups in most workplaces. However, in those discussions of cultural sensitivity or competence as it is frequently referred to – African American women are infrequently referenced in groups in which people need to be more sensitive or appropriate to.

9) Little support is offered when there is racial disparity or discrimination experienced on the job. When the ideas of racial differences or aggression is brought up by those who have experienced it, experiences are dismissed, or no one wants to discuss those experiences for fear that there is too much controversy around racial matters.

Despite African American women experiencing microaggression on the job, they are still very resilient. It’s unfortunate that microaggression is something that is still an issue of discomfort for people of color, however the more that we start safe conversations around the issue, the more we can address it.

This blog summarizes quick tips and suggestions to help those that are currently no-contact or limited in their relationship with a narcissistic mother, cope with Mother’s Day.

Deadly Killer of Relationships: The Inability to Ask Your Partner Questions 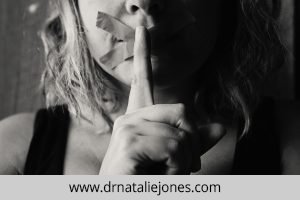 2) Trust: Trust is another piece of foundation of the relationship which is also acquired by couple getting to know each other. When you trust someone completely, you are comfortable with sharing your most vulnerable secrets with that person and vice versa. Not being able to discuss vulnerabilities will cause you to doubt whether your partner is being truthful and loyal.

4) Walking on eggshells: Inability to talk to our partner often causes feelings of distress. We become conditioned to feel as though “I can’t talk to my partner, or they will leave.” Thus a fear of rejection or failure develops. We think that our partner will leave us if we pose questions or indicate that there are problems. Thus, we sit silently, and agreeably as though things are okay, trying not to rock the boat.

5) Abuse: Inability to ask questions in the relationship can be an indicator that we are not safe or abuse will occur if we try to do so. If our partners do not allow us to ask questions or become abusive when we try to inquire or problem-solve; this is psychological abuse. Inability to discuss problems because our partner has become volatile emotionally, physically, or verbally is a safety and security issue.

6) Emotional Instability: There are times when we find it difficult to explore issues or problems with our partners because we don’t know how to manage emotions. We could be afraid of our own or our partners, or a combination of both. Thus, we become fixated on avoiding emotions and discussions in our relationships because we aren’t sure how to handle them or what to do with them. For some, it’s easier to avoid, than to feel like we failed.

7) Living in a fantasy: There are a lot of people who are focused on an end goal in a relationship, such as getting married, having children, or living happily ever after – or something along those lines. However, sometimes we get so caught up in what we want that we forget about the steps that are necessary to get there. For some, they believe if our relationship sounds, feels, or looks good – even if it’s only for the moment, then nothing else matters. They forget that real relationships take work. It’s just like when we were in grade school, and our teacher wanted to see how we solved our math problem, as opposed to just seeing the answer. We need to do all the work to effectively solve the problem was effectively addressed.

In a truly healthy relationship, you should be able to ask your partner questions and problem-solve. If this is an area with which you struggle, please contact me today to see how I can help you get back on track in your relationships.

Disclaimer: The content of this blog was written by Dr. Natalie Jones, PsyD, LPCC. The content of this blog is written for educational purposes, and should not be substituted for treatment with a licensed mental health professional. If you would like more information on how to become more impowered and learning how to speak up for yourself, email me at admin@drnataliejones.com to book a consultation for a therapy session.

Struggling with how to get back into dating after you leave a domestic violence relationship? Here are some suggestions that will help push forward, and find your happy place again.

Struggling to get through Mother’s Day? Was your mother abusive or neglectful towards you? Did you decide to sever the relationship because it was toxic? Do you feel out of place by everyone talking about their wonderful relationships with their mom, while your relationship was the exact opposite? Here are some ways to help you cope, and heal on a non-traditional Mother’s Day.

Ever wonder if the person you are sleeping with is a narcissist? Here are some sexual signs, that your lover may be a narcissist.

subscribe here to be notified of new blog posts