A Date with Darkness 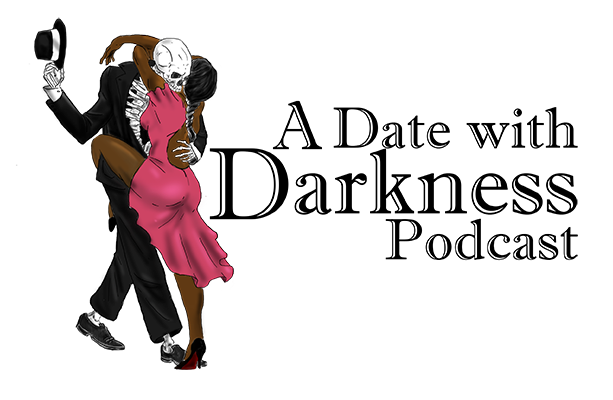 Welcome to A Date With Darkness Podcast. This podcast is dedicated to those who have been hurt by love and abuse, through their relationships with narcissistic people. The purpose of the podcast is to deepen the understanding of hurtful and traumatic relationships which have been a source of unspoken pain and trauma. In the episodes, I will be chatting with various experts in various fields to provide education, tips, resources, and information for those who are survivors of abusive relationships. I will combine my expertise of forensics, domestic violence, and work in various mental health fields to have an intimate discussion with you about abusive relationships, characteristics of dangerous and manipulative people, how to move beyond the victim role, learn to love and heal from the wounds of toxic relationships. If you have a question about the podcast or you want to get in touch with me directly, please feel free to email me at adatewithdarkness@gmail.com. Thank you so much for listening!

Social Media Week, Episode 2. I am joined by Audrey Townsel, LP and owner of Calyx Psychological Services in Tennessee. We continue discussing reasons why folks can’t let go and continue to spy on their ex’s social media accounts after a breakup. Dr. Townsel also provides tips on how to know when our spying becomes pathological, when to get help, and how to move on.

Addicted to Pain, by Rainie Howard

Picking Up the Pieces, by Dee Simone

Dr. Tanisha Ranger, Licensed Psychologist and owner of Insight to Action private practice joins us today to talk about sexually abusive behavior which occurs towards our men and women in the military. Dr. Ranger specializes in working with sexual addition and with military personnel. She enlightens us on how sexually inappropriate acts occur, fail to be reported, and are minimized and/or dismissed when they happen to military personnel.

The Body Keeps the Score, by Bessel Van der Kolk

On today’s episode, Mercedes Samudio, LCSW, Parent Coach, and owner of Shame Proof Parenting discusses how support and empathy can help to reduce parental frustration. She expresses concern about how our society can cause increased parental stress by giving unwarranted criticism which may ultimately contribute to parents taking out their frustrations on their children.

Avalaura, LGSW; owner of Avalaura’s Healing Center discussed her personal experience with a painful breakup. She provided insight about signs and feelings that we should pay attention to within ourselves when our relationships are unhealthy, dysfunctional, and no longer serve a purpose.

Dr. Joy Harden Bradford PhD, the creator of Therapy For Black Girls podcast and private practice joins us today to discuss the Pain associated with breakups and why it can be difficult to move on. Dr. Harden Bradford offers tips on how to cope with a loss of a love, and get back to feeling whole again.

Arnitta Holliman, LPC discusses the background and the abusive turmoil that women who are in the sex trade endure. The struggle that the women often endure includes homelessness, abuse, abandonment, as well as difficulty having their basic needs met. She describes the process of helping the women find resources, in addition to helping them address their mental health issues.

Confession #3. Kareem Puranda, LPC and owner of Self Talk Counseling and Consulting in Charlotte, NC discusses growing up in a violent environment in NY, and how that experience influenced his experience as a law enforcement officer in the Salisbury PD. Kareem also discusses the pivotal moment in his law enforcement career in which violence escalated, was caught on film, and made him re-evaluate his behavior. His experience was the motivation behind his book.

To connect with Kareem, please visit:

Breaking the Code of Silence, by Kareem Puranda

To connect with Julie Clockston, visit:

Codependent No More, By Melodie Beattie

Healing From Hidden Abuse: A Journey Through the Stages of Recovery From Psychological Abuse, by Shannon Thomas

The Wizard of Oz and Other Narcissists, by Eleanor Payson

The Body Keeps the Score, by Bessel Van Der Kolk

Why Does He Do That, By Lundy Bancroft

This is confession #2, with Joshua Shea, a writer, who was a publisher of a lifestyle magazine, creator of a film festival in Maine, and was a politician got himself into hot water when he convinced a teenager to commit a sex act via webcam. Mr. Shea described himself as a narcissist, who struggled with bipolar disorder and addictions, which spiraled out of control. Mr. Shea discussed the process of being charged as a sex offender, and how it has impacted him. As a result of his experience, Mr. Shea has a written a book to educate others on sexual addiction, which has been cathartic in his healing process.

The Addiction That Nobody Will Talk About: How I Let My Pornography Addiction Hurt People and Destroy Relationships, By Joshua Shea

subscribe here to be notified of new blog posts